Interview with Sonya Madan of Echobelly

We were recently delighted to be joined on the show by Sonya Madan from Echobelly, talking about the re-release of their first two albums.

BR: On and Everyone's Got One have recently been re-released. How did that come about?

SM: We got a call from 3Loop, the company that specialise in this sort of thing, who had done a deal with Sony who own the albums to re-release them, asking if we wanted to be involved or not.  They were going to do it regardless so we decided to get involved. 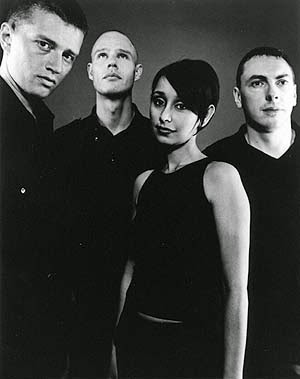 BR: Were you involved in putting the package together at all because there are loads of extras and live tracks etc.

SM: We got out the old boxes of photographs and rummaged through things that had never been heard before.  Every artist has got a box full of extra stuff lying around somewhere haven't they?

BR: There are a few previously unreleased tracks on there and we've been playing a few on the show today.  We've just played Car Fiction in French! Did you do many songs in French?

SM: No, that was a one-off. It was hilarious actually because I didn't know what I was saying.  We did it because we had such a good following in France and they were so supportive so it was just a bit of a thank you really.

BR: It's only the first 2 albums, your most commercially successful work, that is being re-released but I think that people have to look at Echobelly across all of your music rather than just the big hits.

SM: It's understandable that if you release something yourself [as they did for their later albums] it's not going to get the exposure and be that well known.  As an artist sometimes your favourite stuff is not the most commercial anyway.

BR: You're now playing with Calm of Zero, can you tell us a little about that?

SM: Calm of Zero is Glen the guitarist and myself, we wrote the songs [in Echobelly]. After Echobelly everybody went their seperate ways, settled down, had children, disappeared to live in strange countries but Glen and I never lost the passion for writing I suppose. We thought we'd do something together and that's Calm of Zero.

BR: As well as Calm of Zero haven't you and Glen also toured acoustically recently as Echobelly?

SM: We did, yeah. This was before the re-releases were even in the air and we thought it would be good to just air some of those songs again because they were hidden in our memories. We did it as a light-hearted sort of thing and just did a few shows around the country.  It was quite hard to play some of our songs acoustically so we had to choose them quite carefully.

BR: We've got a question from one of our listeners here.  What was your best memory of the 90s?

SM: You can't say one memory because the best times were probably those where you were so off your head you've forgotten! They were amazing times and the whole experience was amazing for a lot of people and is something that should be celebrated really.  It was a wonderful honing in of the experience of British music and its one of the things that this nation is really good at and is seen by the rest of the world as having a special energy for.

BR: It was a special time when bands just seemed to explode onto the scene and Echobelly were a band like that. You didn't flog the circuit for 5 years before getting a break...

SM: Not at all. I'd never been in a band before so it was all weird and wonderful for me. I think at our third gig it was just rammed full of A&R people. We didn't have that transit van experience. We did a bit but compared to most of the people I've spoken to it happened very quickly for us.

BR: Didn't you once do a gig though with no audience?

SM: It was hilarious. It was Braintree in Essex and we had a didgerydoo player that night! It was one of our first ever gigs and there was just nobody. We played anyway, just had fun and did it as a rehearsal really.

BR: Are we going to see you out on the road any time soon?

SM: Probably not. We're not planning any gigs but never say never.

BR: We're going to play something from those re-releases now, Dark Therapy. It's probably the song of yours that we get requested the most.

SM: I think it's aged really well. It seems to have a universal element to it.

BR: This is a live recording from Wetlands, New York City September 1995. DO you remember that gig?

SM: I think we broke the bar record - heavy drinking was going on that's for sure!

BR: Thank you so much for joining us, it's been an absolute pleasure having you on the show and those re-releases are out now on 3Loop music.

SM: Thanks to everyone for their response, it's really been great for us. 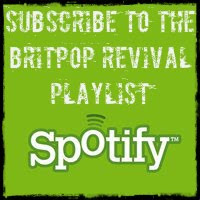 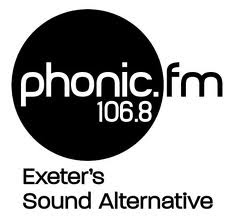 Do you remember the first time?

In the 1990s following on from showgaze and the baggy Madchester scene, and in direct response to the American grunge invasion, a new generation of bands started producing uniquely British music.
It reflected the changing times, the slow demise of the Tory administration and the promise of a brighter future (or so it seemed). From the first green shoots of 1992 until it ran out of steam at the end of the decade, music that could be called pop or indie became known simply as 'Britpop'.
Blur, Oasis, Pulp & Suede. Elastica, Republica, Catatonia & Echobelly. Shed Seven, Dodgy, Mansun & Ocean Colour Scene. Just the start of a long list of great bands.
This blog and the radio show celebrates those bands, those songs and those times!
Do you still remember the first time?

Nick
Original Britpop Vintage. Younger than Noel. Older than Liam. Poorer than both of them.